A small town author with a problem or two. 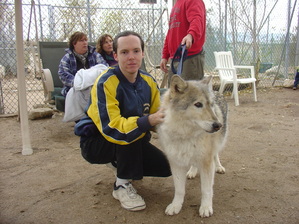 ©Wolf Mountain Sanctuary www.wolfmountain.com
First off, no, that's not my wolf. Go here to find out more.

Now then, who am I the author? Nothing special. I’m crazy about all things wild canine (wolves, foxes, coyotes, ect), I’m a strong fan of the L.A. Chargers, the Arizona Coyotes, and the League of Legends e-sports team, Counter Logic Gaming. Yes, that means I’m a bit of a gamer too. It gives me something to do when the stories aren’t talking to me.

I was born in the tiny town of Thermal, California. Don’t worry, most people outside of the Coachella Valley don't know it either. It's thirty miles south of Palm Springs if that helps. It’s a rather small town, but I don’t mind that. I get to hear coyotes actually howl from time to time, I get regular visits from owls and other birds, a few small lizards, and I get to see”running eggs”, my family's nickname for baby quail, grow up into adults. It's perfect for an author who likes to dive into his work to the point that I’m right there with my characters in their journeys.

I also have a learning disability. I know, it doesn’t seem like it because mine is as noticeable as things like autism. What I have is called Dysgraphia. It's a lesser known mental disability that, among many things, affects my ability to write. In short, it’s hard for me to put my thoughts down on paper, or a computer screen. Remember those essays that took you two hours to write in school? I was still on the first paragraph an hour later. There’s a reason I started writing in 2001, but didn't get anything published until December of 2015. I had to learn how to work around the problems my disability causes. That and let’s be honest, I had to learn the discipline side of things, I needed to improve my craft, and I needed to grow up a bit more. The Dysgraphia does still get in way, but over the years, I’ve learned how to fight past it, which sometimes means I need to deny it battle. It’s why unlike most writers, I can’t “just write” everyday. It only makes things worse, not better.

That’s not all Dysgraphia does. My penmanship is STILL poor and messy. Guess I should have been a doctor, though thank goodness for computers, which does help many of my challenges. They call it a form of Dyslexia (or did when people told me what I had), which I admit I’ve never understood, because the only flipping I do is I will sometimes switch "d" for "b", and "p" for "q", and visa versa. Sometimes I'll write a couple words ahead of what I'm writing, but I'm not sure if that's because of the disorder, or I just think too fast.

I also have short term memory problems. When I used to tell my parents I forgot about homework, or what they told me to do, I really did! You give me your phone number, odds are I won't be able to recite it right back to you. So while I might seem flighty or lazy, I might have just forgotten whatever it was you told me. I've found ways to remember things I need to be sure get done, but like everything else in life, nothing's perfect. Still, I make it work enough that it's not a problem. I haven’t forgotten something important in a long time.

It’s quite the challenge, but there was a quote I saw on a forum boards once.

“If life gives you lemons, throw them back and demand chocolate.”

I’ve taken this to heart from the mindset of, “I’m not settling for lemonade. I’m going to do what I want to do anyway.”

An example of of that is the 2012 Summer Olympics. A double leg amputee was running track and field with the “regular guys” (if you’ll pardon the phrase), NOT the special Olympics. He did well enough to reach the semifinal alone, and the finals in the relay. That man threw his lemons back and demanded chocolate.

All I have is a little block in my brain. By comparison, I have it easy. 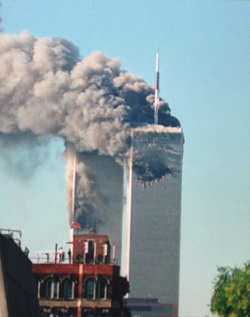 You feel it don't you? I know I do. Everyone who was around for that day will always feel something.

For me it holds even more meaning. I didn't lose anyone, I didn't know anyone, but on that day, my life was saved, and my future began..

Let me back up so this makes sense. Growing up, I was a lone wolf. No friends, the main target of every bully, I had no one. My family was and still is close and loving, but when that’s the only place you have that, and you have no allies at all outside of the home, sometimes, it’s not enough. It didn’t help that many teachers thought I was lazy because of my Dysgraphia. They heard me talk, saw some of my work, and didn’t buy that something was wrong. Some did thankfully, but on top of the rest, it was just another straw.

So I spent much of my youth quite unhappy. No friends, no interaction, no joy or passions to get me through them because I had no one to share them with. Fact is, when I entered high school, I was one bad day from suicide. I simply had no desire to continue that fight any longer.

Then, that same first year of high school, everything changed.

I woke up like I always did. Eat a little snack, try to wake up, fail, watch TV to actually manage it. But instead of Good Morning America, I got the special report on the attacks of September 11th, 2001. I saw the first tower fall right before I had to leave for school. Young as I was, I didn't really understand the significance. Though I thought enough of it to say to my parents, "someone's trying to start a war". That's as far as I got for a while. The reality of what happened didn't sink in until my local paper printed a list of every name killed the next year.

However, it took less time for it to have a drastic impact on my own life. I can look back and see the wheels turning like they often do for me. There was something there, just beneath the surface. The beginnings of my identity as a writer. Then when a classmate read a poem she’d wrote about the events, that’s when it started. That’s when the muse woke up, and so did I.

As I look further back, I was always a latent writer. When we had journal time in school, I would write stories every time. But it took 9/11 and that classmate’s poem for me to “wake up” into it. I wrote my own poems soon after, followed by the start of a documentary on 9/11 that... uh... let's just say every writer has a start, and leave it at that (yes, it was THAT bad). Not long after, I started something of quality that would eventually become my first novel.

9/11 also taught me how fragile life is. Over the following year and beyond, I took life by the horns and made it work for me for a change. The bullies were fewer in high school, which helped, but things didn’t really change until I took my next big step, and went out for Sophomore ASB. It was no contest. No really, it was no contest. There were three representative positions and only three people ran.

In ASB, I found close, honest friends that really, truly cared about me for who I was. They gave me acceptance for the first time. Suicide never again became a serious thought. That wasn’t the end of it. I lost the elections in my junior and senior year, but in the second half of my senior year, a position opened up (long story). So they held a quick election to fill it. I was optimistic, until I saw my opponent. She was the popular girl on campus. The queen bee, but in every single good way. She was popular because she was an awesome person. I almost voted for her myself. I checked my name, but didn't expect to win. I was wrong. Turns out I actually won. I will never know how, but I don’t care. It was an awesome moment.

Then came the senior awards. Scholarships, academic stuff, the things they fill our time with while the other grades are doing those state tests. When I was called for a minor scholarship, you'd think they'd introduced the quarterback that lead them to a state championship. It was the loudest applause I heard the entire day. I still don't know why. I'm not sure I want to in some ways. Knowing might damage the moment, or it might make it that much sweeter. Just goes to show you how life can be unpredictable. You never know what will come, what will change you, what will hurt you, or what will save you. 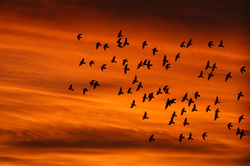 I've continued to operate on a "take life by the horns" mentality. I owe it to those people who died on 9/11. It's not right. It shouldn't have happened at all. But sadly, it did. Since I can't change it, hopefully I can bring some kind of tribute to those lost.

I'm still alive, and will be as long as I have a say about it. I have passion now. I have drive. I have joy.  With a little luck, I'm bringing some or all of that to others as well.

"To the victims of 9/11. Without whom this book, and this author, would not exist."
Dedication in every book I have or will write.  I hope it's enough.